I almost never take the time to sew for myself as I always have stacks and stacks of things planned to sew and tons of ideas that never even make it out of my head. When my good friend and fellow Special Needs Mom posted this on her blog, I decided to go for it! You should, too! Start out by going over to Positively Organic and see a pic of my beautiful friend in her awesome apron. The gal that sews the aprons is from Tooele... yet another Awesome person from Tooele... coincidence? I think not! :D Enjoy!

UPDATE! Wanna know if you're a winner or not? When the envelope looks like this! 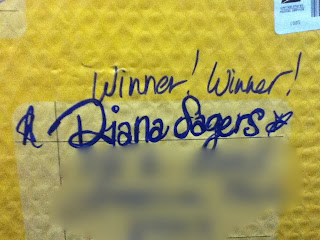 Actually, we used green tomatoes, sugar and Jell-O to make some mighty fine jam. The seals are up there popping as I type. So, here's what happened...

We cleaned and de-stemmed our green tomatoes. Ours were mostly romas. 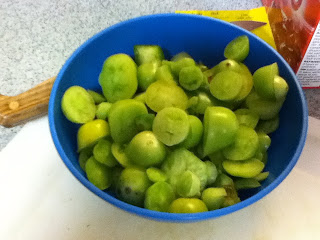 Then we dumped them in the food processor. 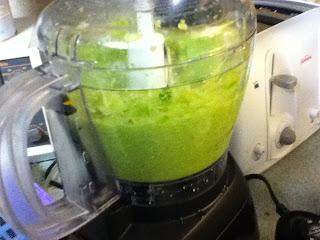 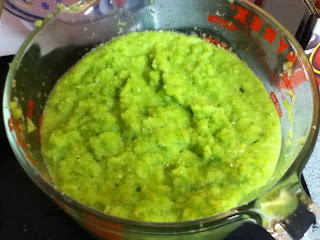 Then we got it boiling with equal parts sugar for 15 minutes. 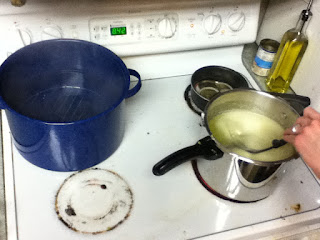 Added a 6 oz. package of Jell-O for every 4 cups of puree. 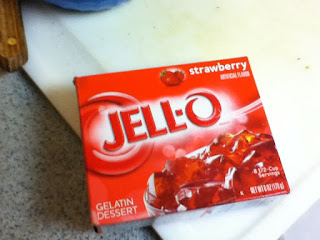 Then we gave them a hot water bath for 15 minutes. 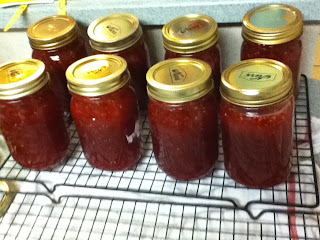 It actually went very smoothly, aside from one of jars not being able to take the mocking. He blew up, took his soccer ball and went home. :D 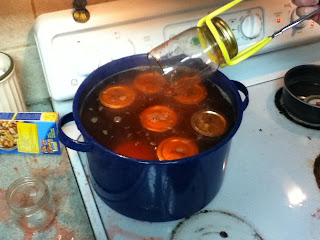 We made raspberry, strawberry-cherry or as we like to call it "strawcherry", a purple batch with 1 raspberry and 1 berry flavor that was blue and a tiny batch of cherry. YUM!
Posted by Diana at 10:36 PM 3 comments: