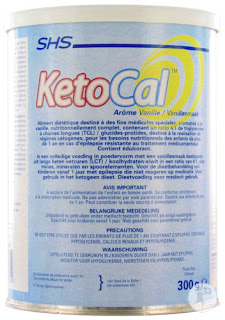 I was all ready to take to Facebook this morning and rant about our home health company. They really messed up this time and my precious daughter was going to pay for it. That is not okay with this Mama Bear. But then something amazing happened that deflated my anger-filled balloon.

Recently, our home health care company switched over to a different company. Becca gets her emergency oxygen supply (used to make sure she gets enough oxygen during a seizure) and her diapers from their office in Lindon. That's about 15 minutes down the road. She gets her food and supplies for tube feeding from their offices in Salt Lake, about 40 minutes the other direction. However, the food itself, KetoCal, the delicately balanced nutrition that has kept seizures at bay for so long, comes from Arizona first and then routes through Salt Lake to our house. We have been getting all of her orders on time or early for over a year now. Just when we start to run out, another order comes. Each can does about 2 1/3 days' worth of liquid formula. 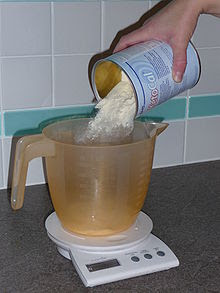 Last week, long about Friday, we noticed that we were unusually low and that a new batch had not yet arrived. We had had calls from the new company double checking things and we thought we were set for the roll over. I made several phone calls and received several and they told me it would probably be here Monday, Tuesday at the latest. We had enough to get to Tuesday and so we kept on as usual.

Saturday we went to Taylorsville to visit my Mom for Mother's Day and Sunday we were preparing to go to Tooele to visit with Geoff's Mom. As we were getting kids in the car, the baby knocked over the pitcher of Becca's food for the day all over the garage floor. Okay, so now we didn't have enough for a whole day on Tuesday, but we would be fine if the formula showed up on Monday. As these things go, the formula of course did NOT show up on Monday. We used what we had and made more phone calls as now we had approximately 1 serving out of 5 for Tuesday. And that wouldn't be so bad, but her class was going on a field trip and it wasn't like I could just run stuff over to the school when it came. Everything that comes for her comes through UPS and they always deliver in the afternoon. Always.

So, here we were on Tuesday morning talking to people on the phone who were telling us they were doing the best they could. I wanted to scream, "NO! If you were doing the best you could, this would never have happened! We would not be the family that is out on a limb now with no food to feed their daughter!" Geoff made a mad dash to the nearest grocery store to buy heavy cream and egg substitute to make a "Ketogenic-friendly egg nog" that doesn't do the job quite as well as the formula, but is way better than nothing. She is given 2 of her feedings at school, so we put the last serving of KetoCal in one bottle and one serving of "egg nog" in the other bottle and sent her on her way. 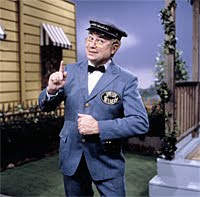 Lo and behold, after everyone was gone for the day the doorbell rang! Either someone gave him a heads up or our knight in shining brown shirt and shorts decided to do his route backwards today, but there was that great big brown UPS truck in front of our house bringing Becca her food! I shouted Thank You and he had to stick his head back out of the truck and so I shouted it again, "Thank you SO much!!" I went back in and hit my knees and after many many 'Thank Thees,' I prayed for that delivery man to be blessed proportionately to how much he had blessed us! I know he was the face I saw at the end of the line of people who tried to help us over the past few days. I'm still a little miffed that it had to happen in the first place, I must say. But I guess all's well that ends well.

Becca went on a fishing field trip and brought back a real, used-to-be-alive fish in her bag! :D That was a new one! Her Intervener (Aide) wrote this in her journal:

Becca had a great time fishing today. She laughed all the way to Salem on the bus. She got to hold the fishing pole and reel her own real fish in. Her fish is in a plastic bag in her backpack. We ate in a big room there. Becca was looking around the whole time with a smile on her face. She smiled all the way home!

The Psychology of Writing 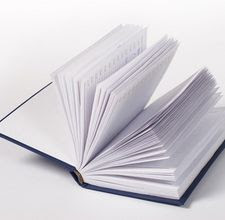 So, the writer trapped inside of me has been screaming and pounding on the other side of her door trying to get out. I usually tell her to get in line behind the dishes that need doing, the laundry that needs folding, the house that needs cleaning and if that doesn't work, the kids usually chase her right back in there and slam the door tight. This is a euphemistic way of saying that what I 'need' to do feels like it suppresses what I 'want' to do. I'm sure I am the ONLY person that feels this way in the whole wide world! ;) I mean, talk about my id, ego and super ego duking it out, right? I tell ya what!

In addition to continuing to work on my favorite 3 novel-length stories, I decided to challenge myself and do short bits of writing, too. For those days or moments when letting that creative writer out of her room to do a burst of writing would do me worlds of good. I actually created a blog for this very purpose. I laughed when I discovered that the first post was in 2006 and the next in 2008! It's not that that's all I have written in that amount of time, but that is all that I have written that is short enough to make sense sharing in a blog format. At the moment, I have decided to keep the blog private as my first baby step to maybe someday being published. As much as it is somewhat embarrassing and overwhelming to think of other people who are not me reading what I have written, I think it would be good for me to hear what other people think. Good or bad. Like it or not!

If you would like to be a part of my first readers outside of family, please find a way to get me your email address and I will send you a top secret invite. You can leave it in a comment or send me a message on Facebook. 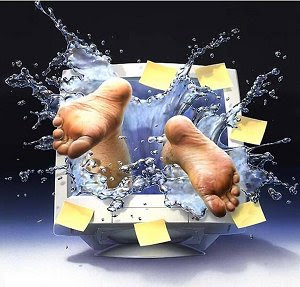 Where'd you get that cool pic?
One of the catalysts for me being brave and diving in has been a very interesting BLOG that combines Psychology and writing. He uses his background in Psychology and Counseling to diagnose his characters and really get to know them. I do this in my own way, being fascinated by Psychology as I have been since my first class in college. His textbook approach has been very thought provoking for me as I try to understand these characters I create. It has led me to make sure the way my characters act and the decisions they make are congruent with the type of person they are... that they have an aligned psyche, so to speak. That they make sense.

So, if you're interested in reading what I actually write instead of just hearing about how I want to write, but don't... gimme a jingle! And make this the day you dive in and try that thing you've always been wanting to devote more time to!
Posted by Diana at 9:17 PM 1 comment: