Emily jumped to volunteer first! She brought up her dolls and played dress up with them and Becca. She brought up Becca's doll and laid it beside her and I could hear her from the other room giving Becca a play by play as she talked to her and dressed their dolls. She also painted her nails. And we all know that if you paint your sister's nails, you simply must paint your own nails afterwards! 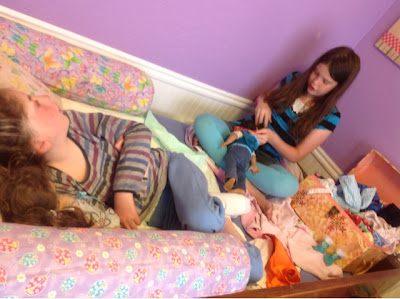 Landon decided to start off reading a book, did a puppet show and finished with a game of pillow monster. As near as I could tell, the last one involved flying pillows. :D 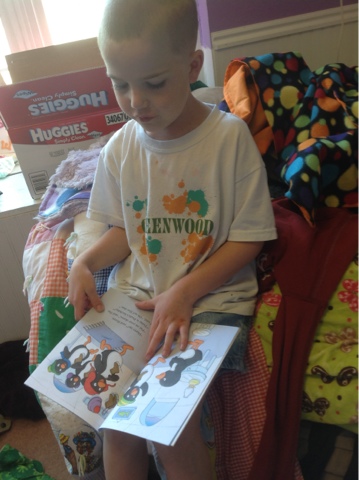 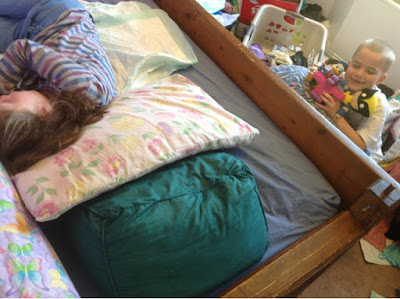 First, I caught Ethan licking the window screens. And then he drew her a picture. 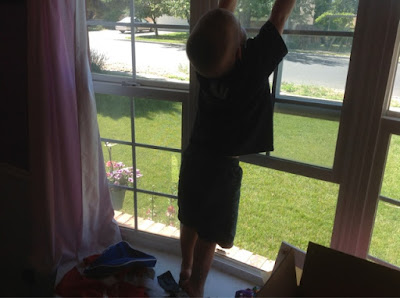 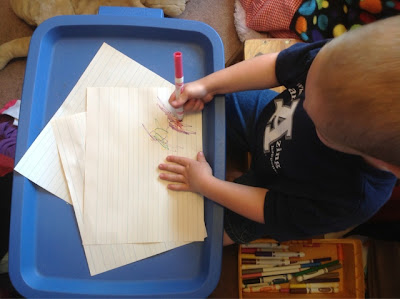 After lunch, Gracie read Becca a story with really great voices. She had to fight off the boys because she sounded so fun in there! Then she painted her toes. 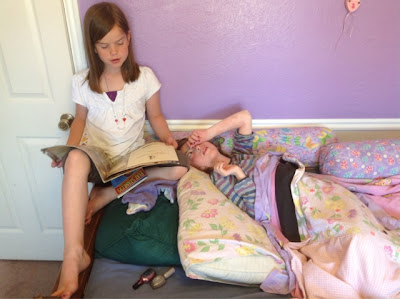 I thought this idea would come across more as coercion, but they definitely made it their own! They were excited to do it and really had fun. All of them, except the youngest, said their time with her flew by and didn't feel like "a whole half an hour!" I'm very proud of them and I hope this becomes a regular thing even when it's not my idea.
Posted by Diana at 10:16 AM 1 comment: